Nation-state threat actors from Russia, China, and India are now using an easier way to launch malware phishing attacks against other nations, according to researchers at Proofpoint. The level of success and ease that these APT (advanced persistent threat) groups now have with an injection technique that infects PC’s is troubling. Proofpoint finds the involved nation-state’s RTF injection technique easily spreads malware and steals information from other governments. If there’s a new winner in the “Power Email Phishing Attack” category, this may be it.

RTF (Rich Text Format) templates are a frequently used feature for creating documents in Microsoft Office, especially for Word files. The attackers alter the RTFs document formatting to retrieve content from their malicious URL, allowing them to remotely install malware on a target’s device. Also, injected RTF files are difficult to detect by anti-virus software because the file type is so commonly used. As such, most organizations allow RTFs by default, making anti-virus solutions ineffective against them.

According to Graphus, 48% of malicious attachments are Microsoft Office files, 94% of malware is delivered via email, and 80% of reported security incidents are linked to phishing attacks. Tessian reports that globally, nearly two million malicious emails passed typical email security defenses in just 12 months, from July 2020 to July 2021.

Not long ago, only certain file types such as .exe, .doc, .xls and were used to carry malware. Over time, other files were added to the watch list like .pdf and .zip. One thing these highly successful RTF attacks show is that any file type can be weaponized.

Remember, it only takes one wrong click to unleash malware and compromise an entire network. Knowing the red flags of email phishing can help a user from opening a suspicious message. Ultimately, the safest place for a questionable email is reporting it to your IT department or tossing it in the trash.

As corporate hacks become daily events, most users don’t realize that as a result, bits and pieces of their identities are available on the dark web. Their PII is listed for sale or for free to hackers, and they’re the only ones who know what they’ll do with that information. A study by Cofense found 45% of credential swiping targets use Outlook, Teams, and Office 365 as email phishing lures. With approximately 115 million Microsoft Teams users, cybercriminals know Office 365 is a very ripe target. READ FULL STORY

The Colonial Pipeline attack brought threat groups into focus for many Americans. It was the largest cyberattack on critical oil infrastructure in U.S. history and a huge wake-up call. In some ways it was like a Hollywood disaster movie come to life, capable of bringing our most basic needs like water, electricity, and fuel to a dead stop. And now, “ChamelGang” APT group is attacking critical infrastructure in the U.S. and other countries. READ FULL STORY

There are warnings and questions surrounding a newly discovered ransomware group. This advanced persistent threat (APT) group is already known for high ransom demands and attacks on critical infrastructure in the U.S. Serious concerns about this group led to a joint advisory warning by three U.S. security organizations about the increased threat this ransomware group brings to the cybersecurity landscape. Speculation abounds whether it's a reboot of another notorious ransomware group, famous for their epic attacks on the U.S. and its infrastructure. READ FULL STORY

The conferencing app that catapulted into fame during the pandemic has become a tool for spying on governments in Southeast Asia. Kaspersky researchers dubbed the Chinese APT (advanced persistent threat group) LuminousMoth after they found the APT is pedaling fake Zoom software for their cyberespionage efforts. Doing so enabled spying on high-profile targets in Myanmar and the Philippines. Kaspersky finds these infection rates could be skewed, as they believe LuminousMoth was really after a small, select number of victims, including government agencies. READ FULL STORY

The first week of March, the European Banking Authority became a victim of cyberattack, blamed on the hacking group, Hafnium. Security experts believe the group has been breaking into companies, large and small, through the Microsoft Exchange servers. According to cybersecurity company, Volexity, the attackers likely exploited an unpatched vulnerability. Because companies have been slow to apply it, Check Point researchers have said their researchers saw a doubling in attacks within a 24-hour period and that doubling keeps on going. READ FULL STORY 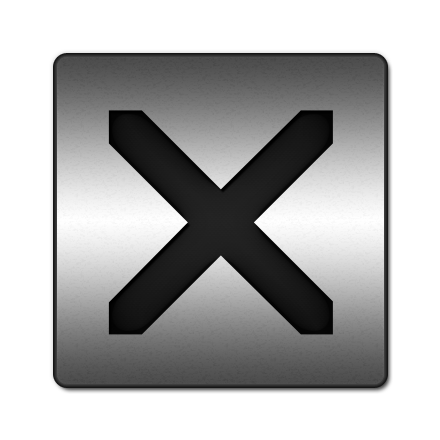 
This Privacy Policy applies to and is provided on behalf of Stickley on Security. (collectively referred to as "We", "Us", or "Our") and describes Our information gathering practices and policies in connection with this Site. We value your ("User", "You", or "Your") privacy and recognize the sensitivity of Your personal information. We are committed to protecting Your personal information and using it only as appropriate to provide You with the best possible service, products, and opportunities. Use of this Site constitutes consent to Our collection and use of personal data as outlined herein.

COLLECTION AND USE OF PERSONAL INFORMATION FROM SITE USERS

We collect personally identifiable information from Users who provide it to us for billing purposes. For example, We collect Your name, street address, city, state, zip code, telephone number, email address, and financial information, such as a credit card number, if You use the Site to register or renew a license. We may use this information to contact You regarding the status of Your account and orders placed, and to alert You to new information, products and services, events and other opportunities. We recognize that You may wish to limit the ways in which You are contacted and provide You with opt-out options below. Information about Our experiences and transactions with you, such as your payment history, types of services and/or products you purchased are not shared with organizations outside of Stickley on Security.

We will not disclose to third parties (that is, people and companies that are not affiliated with Us) individually identifying information, such as names, postal and e-mail addresses, telephone numbers, and other personal information, except to the extent that it is necessary to process and provide You with Your order, license request or other request. Your contact information may also be provided to the extent necessary to comply with applicable laws or legal processes (e.g., subpoenas), or to meet contractual obligations outlined in this policy, or to protect Our rights or property. We will cooperate with all law enforcement authorities.

If Your order, license request or other request is processed by a third-party, or if You are provided with bulletin boards and chat rooms and/or email capabilities on this Site, please note that in the event that You voluntarily disclose personally identifiable information in those instances, that information, along with any substantive information disclosed in Your communication or post, can be collected, correlated and used by third parties. This may result in unsolicited messages from third parties. Such activities are beyond Our control, and We encourage You to check the applicable privacy policy of such party when providing personally identifiable information.

For each visitor to this Site, Our server can detect and collect certain information, including the User's domain name and e-mail address, and can identify the Web pages the User visited or accessed. We may use this information in order to measure interest in and use of the various areas of the site.

You may at any time opt out of having Your personal information used by Us to send You promotional correspondence by contacting Us via e-mail provided in the "Contact Us" section below.

"Promotion codes" are offered by third-party affiliates of the Stickley on Security Training Videos. If you choose to include a "Promotion Code" when placing your order, the affiliate who is associated with that promotional code will receive your organizations name. They will NOT however receive any other information related to your account. The sharing of the organization name only applies when a "Promotion Code" is included during the order process.

How do we use them?
Where strictly necessary. These cookies and other technologies are essential in order to enable the Services to provide the feature you have requested, such as remembering you have logged in.

For functionality. These cookies and similar technologies remember choices you make such as time zone and shopping cart info. We use these cookies to provide you with an experience more appropriate with your selections and to make your use of the Services more tailored.

For performance and analytics. These cookies and similar technologies collect information on how users interact with the Services and enable us to improve how the Services operate. For example, we use Google Analytics cookies to help us understand how visitors arrive at and browse our products, services and website to identify areas for improvement such as navigation, user experience, and marketing campaigns.

Social media cookies. These cookies are used when you share information using a social media sharing button or .like. button on our websites or you link your account or engage with our content on or through a social media site. The social network will record that you have done this. This information may be linked to targeting/advertising activities.

How can you opt-out?
To opt-out of our use of cookies, you can instruct your browser, by changing its options, to stop accepting cookies or to prompt you before accepting a cookie from websites you visit. If you do not accept cookies, however, you may not be able to use our Services.

Updates to this Cookie Policy
This Cookie Policy may be updated from time to time. If we make any changes, we will notify you by revising the "effective starting" date at the top of this notice.

We maintain physical, electronic and procedural safeguards to prevent the unauthorized release of or access to Your personal information. When We transfer and receive certain types of sensitive information such as financial information, We redirect visitors to a secure server. We do not store or reuse Your credit card information. We do not record or manager financial information about You (including credit card and other payment information). However, such precautions do not guarantee that this Site is invulnerable to all security breaks. We make no warranty, guarantee, or representation that the use of this Site is protected from viruses, security threats, or other vulnerabilities and that Your information will always be secure. We cannot guarantee the confidentiality of any communication or material transmitted to/from Us via the Site or e-mail. Use of the Internet is solely at Your own risk and is subject to all applicable local, state, federal, and international laws and regulations.

Stickley on Security uses the vendor Authorize.net to process all payment transactions. When making a purchase on this site, You also accept the Terms and Conditions and Privacy Policy of Authorize.net.

This Privacy Policy may be updated periodically and posted on this Site. It applies only to Our online practices and does not encompass other areas of the organization. We reserve the right to change this Policy at any time by posting revisions. By accessing or using the Site, You agree to be bound by all of the Terms of this Privacy Policy as posted at the time of Your access or use. We reserve the right to contact Users of the Site regarding changes to the Terms and Conditions generally, this Privacy Policy specifically, or any other policies or agreements relevant to the Site's Users. If You have any questions about this Policy, You may email to: